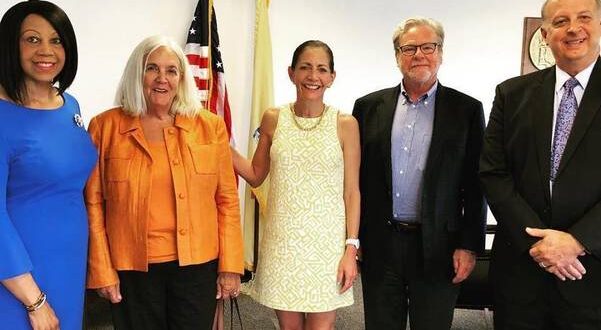 The disparity between the number of black youths who go to prison in New Jersey compared with their white counterparts was a statistic that was repeated several times Monday among community and governmental health and education leaders convened by The Family Success Institute (FSI) in New Brunswick.

The fact that a black youth in New Jersey is 70 times more likely to go to prison than a white one speaks to the reason FSI is seeking to create a state where every family and community has the resources, opportunities and support to successfully raise children from birth to young adulthood.

To facilitate that, Co-founder and Board President Tom Blatner said FSI promotes “a transformational shift” in thinking, policy funding and practice.

“It is a move beyond reacting to symptoms of family distress toward investments in comprehensive, coordinated supports for child, youth, family and community success,” he explained.

Getting New Jersey to adopt a Bill of Rights for children, youth and families would be a great step forward, Blatner said at Monday’s meeting. FSI’s proposed bill would guarantee children, youth and families would have clean and safe land, air and water. There would be safety at home, in school or work, as well as nurturing for each and every family in New Jersey through quality healthcare, education and financial empowerment.

It would dovetail into FSI’s emphasis of providing resources that foster success rather than treating problems after the fact.

“Every single system I’ve ever worked in has been primarily focused on crisis rather than offering the resources people need to thrive.” Blatner said. “Services have been structured around point-in-time symptoms of distress, not what people’s lives have been over time and their aspirations for the future.”

FSI’s other major push, the “2% Initiative,” seeks to reallocate traditional spending strategies. FSI’s cost analyses concluded that our leaders are spending about $18 billion on federal and state funds on services for children and families in New Jersey, more than $12 billion of that reacting to the distress of vulnerable families.

The initiative would look to take about $100 million to create a “family success” investment fund that would ultimately be allocated to local communities.

Several of the community leaders who attended Monday’s meeting offered varying points of view, but all shared the collective goal of helping the children, youth and families of New Jersey. Representatives from the fields education, health, financial empowerment, child welfare, government and parent leaders have banded together to create large-scale positive change.